Most polluting fuels to be banned in the home 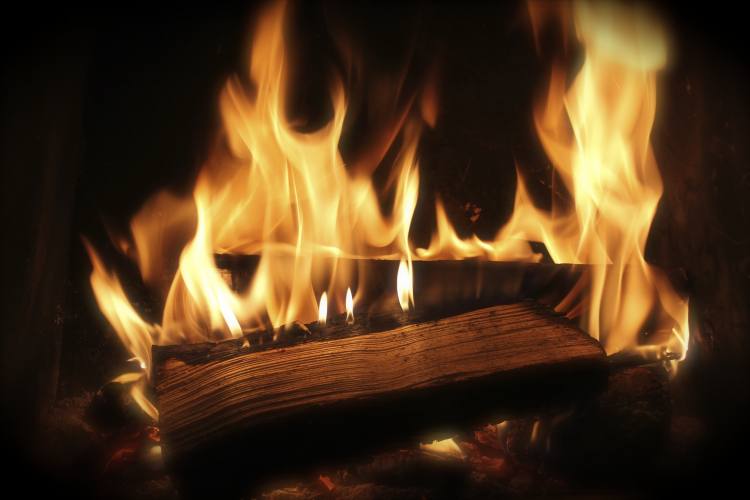 But don't worry, all our wood is Kiln Dried, and our coal is smokeless!

Owners of wood burners, stoves and open fires will no longer be able to buy house coal or wet wood, under a ban to be rolled out from next year.

Sales of the two most polluting fuels will be phased out in England to help cut air pollution, the government says.

The public should move to "cleaner alternatives", the government says.

Plans for the ban were first announced 18 months ago, but the Department for Environment, Food and Rural Affairs has now confirmed it is going ahead.

The government said wood burning stoves and coal fires are the largest source of fine particulate matter (PM2.5), small particles of air pollution which find their way into the body's lungs and blood.

Particulate matter is one of several pollutants caused by industrial, domestic and traffic sources.

"Cosy open fires and wood-burning stoves are at the heart of many homes up and down the country," said Environment Secretary George Eustice.

"But the use of certain fuels means that they are also the biggest source of the most harmful pollutant that is affecting people in the UK."

The changes will mean:

It is not banning wood or coal burning stoves.

Similar proposals to reduce the burning of wood and coal are being considered in Wales and Scotland.

Gillian Lloyd, from the West Midlands, told BBC News she welcomed the measures as her asthma is often triggered by smoke, and many homes in her area feature wood burners.

However, she raised concerns over the impact of the changes, saying people may continue to burn wet wood.

"A lot of people collect cut trees or fallen branches for their burners," she said.

Open fires and wood-burning stoves have risen in popularity over recent years - offering an additional form of heating for many households in both urban and rural areas, and possibly the sole heat source for some.

Around 1.5m homes use wood for fuel across the UK, however burning wood and coal in open fires and stoves makes up 38% of the UK's emissions of PM2.5.

By comparison, 16% come from industrial combustion, 12% from road transport and 13% from the use of solvents and industrial processes.

This means a wood burning stove emits more particles per hour than a diesel truck.

What is wet and dry firewood?

Wet - also known as green or unseasoned wood - is often sold in nets and is cheaper to buy.

It contains moisture which, when burned, creates more smoke and harmful particles of air pollution (PM2.5) than dry wood.

Wet wood can also damage chimneys much more, by allowing tar and soot to build up.

Dry or seasoned wood - which has been dried out, often in a kiln - has a moisture content of 20% or less.

The government set out its commitment to reducing emissions of PM2.5 alongside four other air pollutants, including ammonia and nitrogen oxides, in its 2019 Clean Air Strategy.

Officials said the phase-out will give the public and suppliers time to use up stocks and move to cleaner alternatives, such as dry wood and manufactured solid fuels.

These alternatives produce less smoke and pollution, and are cheaper and more efficient to burn, the government added.

Wood briquettes, made from compressed dry sawdust and/or wood chips, are one example of an alternative fuel.

According to the Clean Air Strategy, air pollution is the top environmental risk to human health in the UK.

In Wales, a consultation is currently ongoing for a clean air plan, which is looking at whether wet wood could be banned.

The Scottish government is due to consult on a draft revised air quality strategy later this year, following a review that included recommendations on domestic wood burning stoves, a spokeswoman said.

Last year, Britain had its first week without using electricity from burning coal since the 1880s, according to the National Grid Electricity System Operator.

The government plans to phase out the UK's last coal-fired plants by 2025 to reduce carbon emissions.

Millhouse Wood, Registered Company No. 08211025.
Registered Address: Millhouse Farm, Rishworth Mill Lane, Rishworth, HX6 4RB PLEASE NOTE: DO NOT GO TO THIS ADDRESS FOR COLLECTIONS
We are on the Biomass Suppliers List. Our BSL number is: BSL0032830-0001.